After an utterly dismal first half, this game came to life (ish) in the second-half, with the home side eventually securing a deserved 2-0 win.

The Cottagers are usually rubbish on the road, so cranky Dutch boss Martin Jol won’t be too disappointed with the result. Indeed, the Cottagers defended well for most of the game, until the Irish duo of Rory Delap and Jonathan Walters finally sealed the victory for Stoke with a couple of late strikes.

The Potters now find themselves in the heady heights of seventh spot in the table while Fulham, five points worse off, reside in 12th. 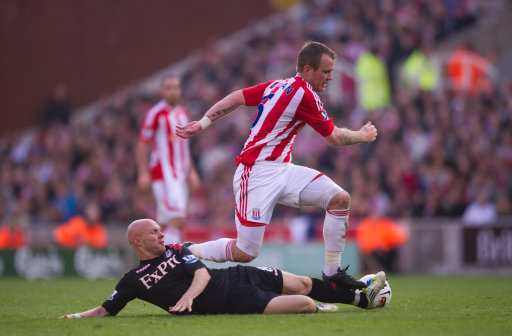 One of Stoke’s Irish contingent, Glenn Whelan evades a tackle from Andrew/Andy Johnson 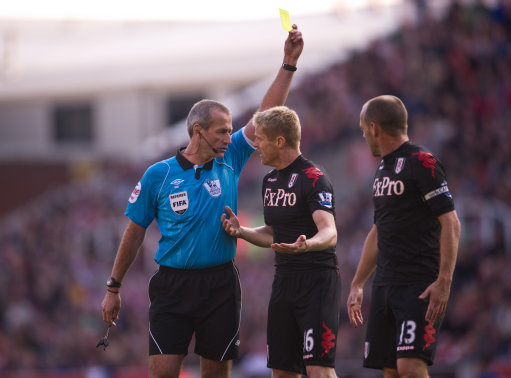 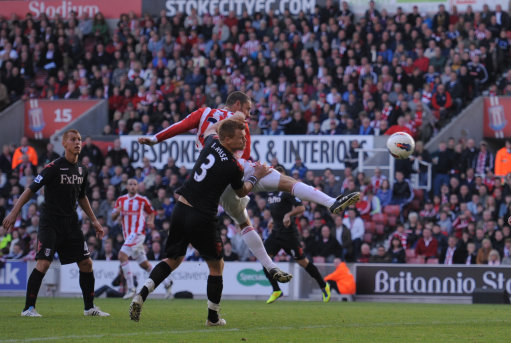 Sitting in Delap of luxury (I know it doesn’t relate to the photo, but it’s a bloody clever pun thingy) 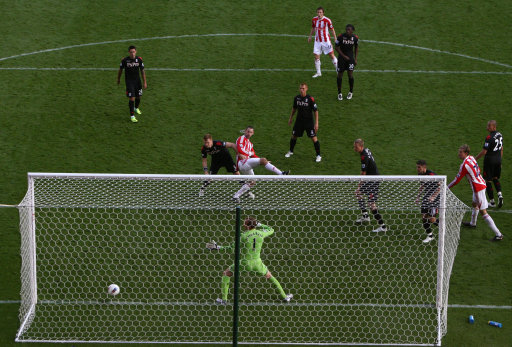 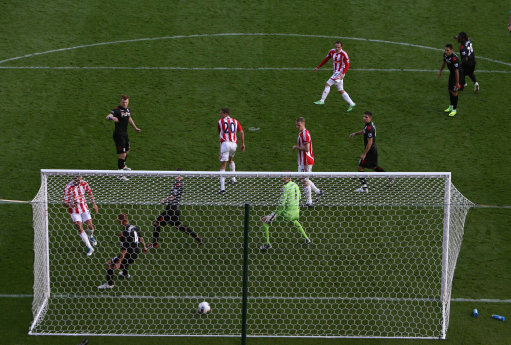 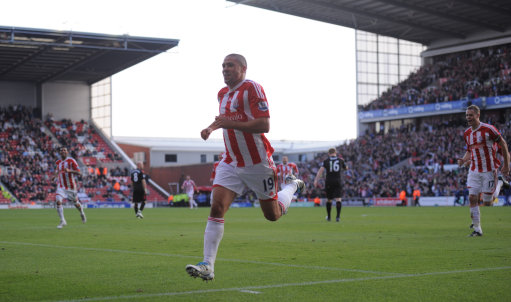 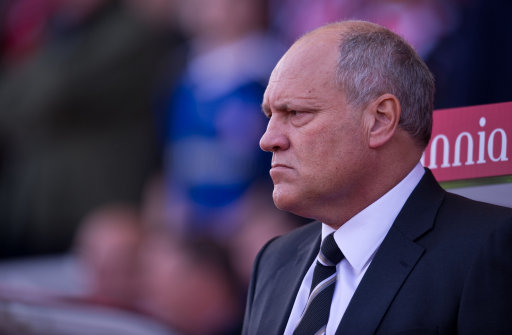 Jol with his happy face on