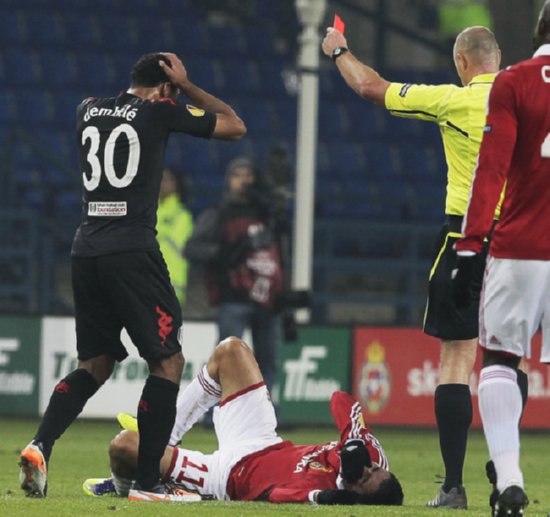 He’s probably not the worst, he’s definitely not the first and he sure as excreta won’t be the last, but Wisla Krakow’s Gervasio Nunez showed his true rat colours in getting Moussa Dembele sent-off in the Europa League last night.

For those who missed it, after Nunez had attempted to clack his studs across both of Dembele’s achilles while closing him down from behind, the Fulham striker turned and indignantly pushed the Wisla midfielder on the shoulder as he scurried away.

Without a second thought, the Argentinian rat then plummeted to the ground, screaming, clutching his rat face and ‘checking for rat blood’ as Dembele was shown a straight red for violent conduct…

Incensed as I was at witnessing such blatant rat cheating, I immediately drafted a little ‘retrospective punishment’ proposal that I fully intend to forward to UEFA’s disciplinary committee – see what you think of it…

Secondly, Nunez is smoked out from the wall cavity behind the skirting board by pest control and is duly locked in a set of heavy Victorian stocks outside Craven Cottage (a spot under the Michael Jackson statue would be perfect) where the good people of Fulham are allowed to spit and urinate on him freely for a fortnight.

To avoid any nagging Human Rights issues, one meal a day of stale white bread and drawing pins will be provided (the pins are optional).

Granted, it’s a first draft and therefore a little sketchy – but the fundamentals are there, right?