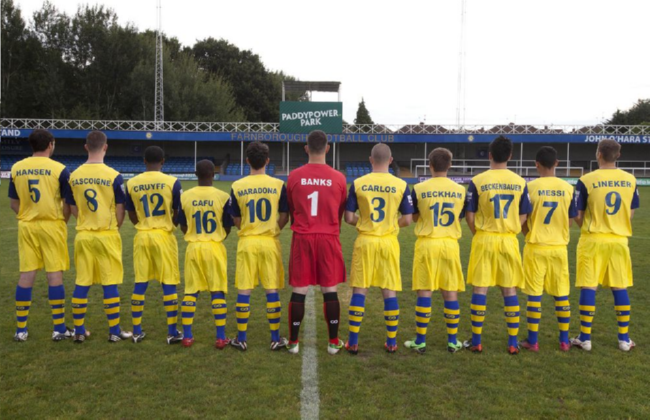 After a generous injection of cash from their new principal sponsors, Conference South side Farnborough FC will be able to field an almighty side this season, thanks to the club registering the likes of Zidane, Cruyff, Cafu, Messi and Maradona over the off-season.

Farnborough were able to tempt banterrific bookmakers Paddy Power into sponsoring the club for 2013/14 on the basis that their entire first-team squad legally change their names via deed poll to those of famous footballers. Paddy Power agreed and funded the whole thing, paying £75-a-pop for each player to legally assume a new identity.

Meanwhile, first-team training duties will be picked up by Sir Alex Ferguson (yes, the knighthood has been added by deed poll as a first name) and the kit man will be none other than Terry Venables. 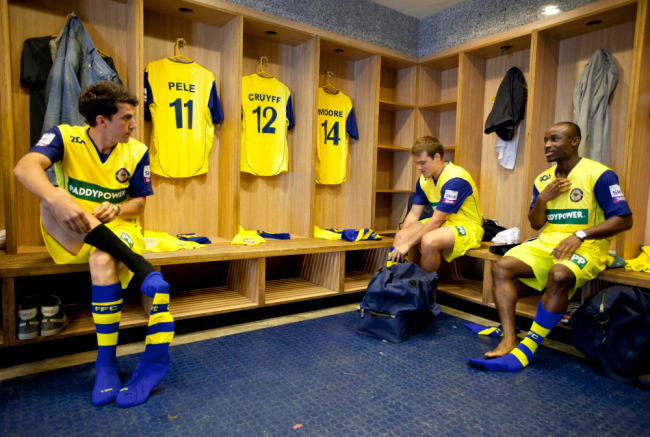