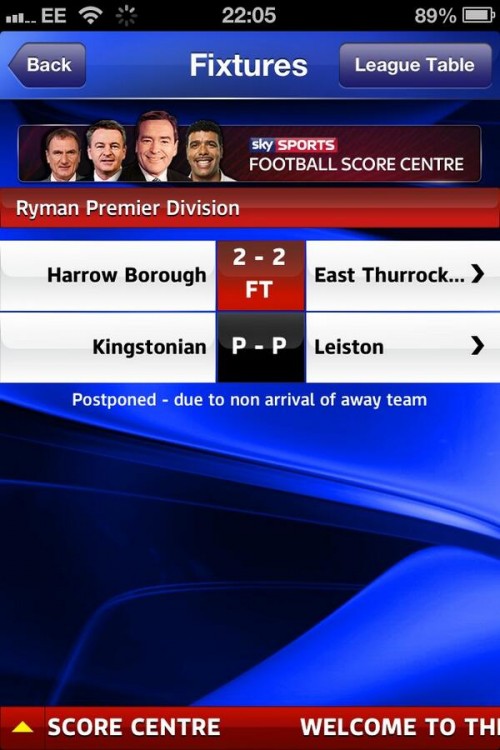 We were going to try and come up with a pithy explanation as to why Leistion no-showed, but frankly we can’t do better than original spotter Wes Cullinane’s (@WesWHU) cracking caption…

The real story, so it happens, is that Leiston’s team bus was unable to reach Kingstonian’s Kingsmeadow Stadium “in adequate time for the match to go ahead” due to heavy traffic caused by roadworks on the M25.

Not quite so exciting.