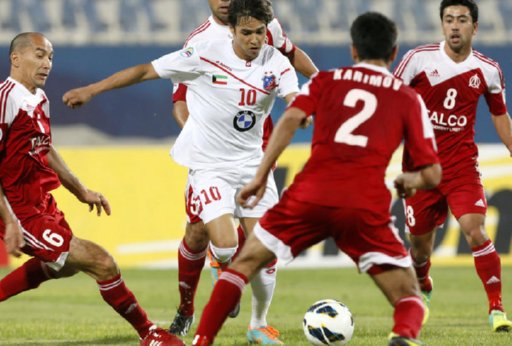 Tajikistani striker Ahtam Hamroqulov was forced to go without heating, electricity and water for five days recently after the local authorities cut off his utilities as punishment for having the bare-faced temerity to score against his former club.

Hamroqulov scored twice for Regar-TadAZ in their Tajikistan Cup semi-final victory over Vakhsh earlier this month, Vakhsh being based in the town of Qurgonteppa – the striker’s hometown, where he still lives, despite leaving Vakhsh and joining their local rivals from the neighbouring town, Regar-TadAZ, almost two years ago.

According to Hamroqulov, he returned to his home in Qurgonteppa after the game only to be confronted by two men purporting to be representatives from the mayor’s office. The two men claimed that the striker had failed to pay his utility bills and owed more than $600 to the city coffers.

“I always pay my utility bills, 100%, and I keep the receipts,” Hamroqulov told Radio Free Europe/Radio Liberty. “So, I told them to take their bills and leave.”

That’s exactly what the two “mayoral representatives” did do, but not before cutting off the electrictity and water supplies to Hamroqulov’s house and confiscating the meters.

Mirzo Ashurov, the head of the city’s water and sewage department, has confirmed the incident took place but insists he does not “know who Hamroqulov is, and which team he plays for”, and that there was no personal agenda in regards to his power and water being cut off. “There are people who don’t pay their bills and we just issue them warnings,” Ashurov added.

Hamroqulov’s electricity and water was soon restored but, according to the player, only after he complained in person to the head of the Tajik Football Federation, Rustam Emomali, and, rather coincidentally, after Regard-TadAZ has lost the Tajikistan Cup final to Istiqlol.