As you’ve probably heard, it was announced yesterday afternoon that referees will be using vanishing foam to mark out free-kicks in both the Premier League and the Johnstone’s Paint Trophy (on a trial basis) as of next season.

Leyton Orient welcomed the news with an inspired series of Tweets… 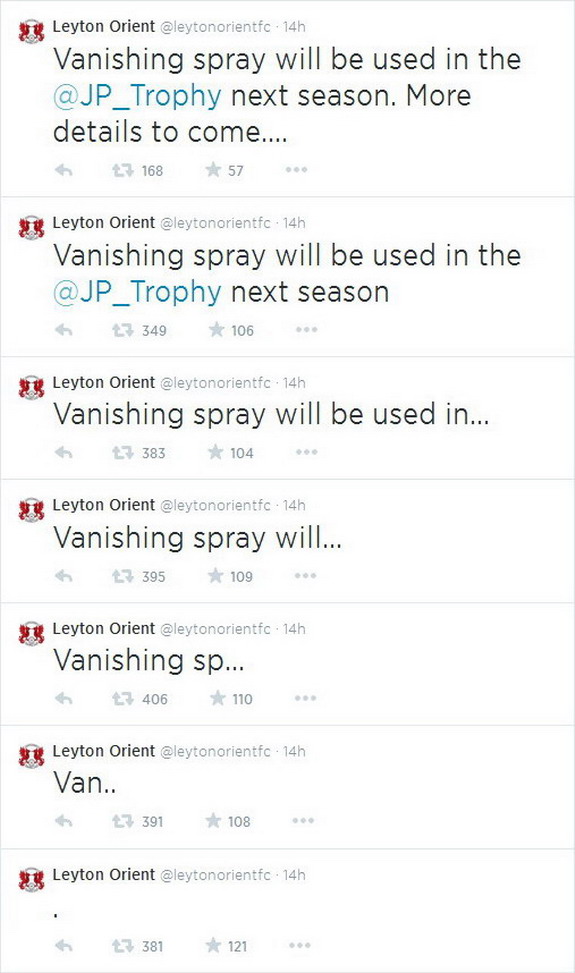