With Saturday’s League One clash between Rochdale and Oldham eventually finishing a dreary goalless draw, it would appear that the fans were forced to make their own entertainment.

To whit, Oldham fan Daniel Ball kept himself amused by stumbling across a hi-vis jacket and, after being egged on by his cronies, used it to pose as a match steward for several minutes before eventually being sounded out by the actual security staff on duty at Spotland… 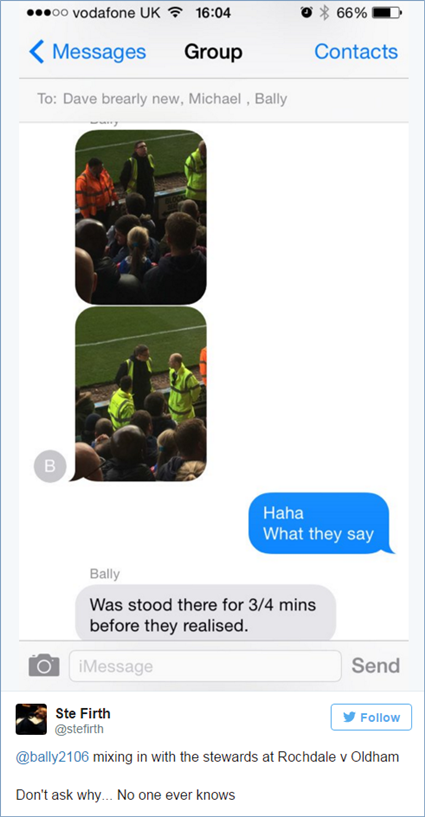 Daniel, 25, recounted his shenanigans to the Daily Mirror:

Basically, I found a high-vis jacket outside the ground and put it on for a laugh.

When I saw one of my mates, he dared me to pretend to be a steward – so I went to the toilet, put the high-vis back on, walked out and stood between two stewards.

A couple of minutes later, a female steward asked me where I’d come from – I just pointed to the tunnel area and said they’d sent me from there.

She bought it and walked off.

When the real stewards eventually cottoned on to the fact that Daniel was actually just some chancer in a fluorescent yellow waistcoat, they did the decent thing and ushered him back to his seat, rather than turfing him out of the ground altogether.