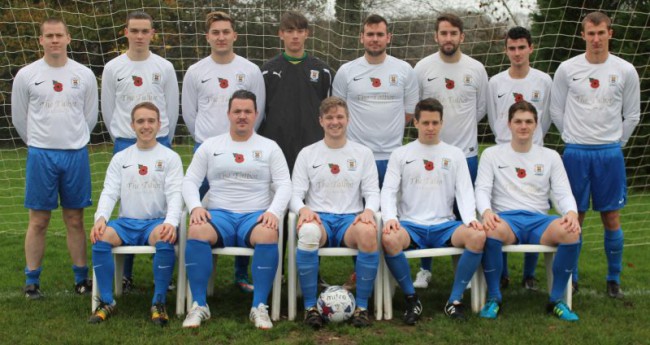 Hats off to amateur mob Cuckfield Town, who are responsible for producing one of the finest match reports Pies have ever had the fortune to stumble across.

It was written in the aftermath of a bitter, lacklustre 0-4 (or possibly 0-5) home defeat against Ditchling in the Mid-Sussex Football League on Saturday.

The full, glorious thing is available to peruse over on Cuckfield’s official website but the following passages are merely selected excerpts of the spectacularly blunt assessment of the match.

The write-up comes courtesy of players John Dutson and Conor Burke, shortly before Dutson jetted off on holiday to Sri Lanka.

Let’s delve in, starting with the kind of rigorous pre-match preparation so readily associated with Sunday League teams.

An early kick-off meant arrival at the rec for 12:30, except for Leo who thought it was a 12:45 meet and still turned up 10 minutes late for that. This wouldn’t have been so much of an issue if Leo didn’t have the kit.

It wasn’t all larking about [before the match], there was the serious issue of Jordan being kicked out of St Francis Social Club on Friday evening for pissing in the left corner pocket of one of the pool tables.

As he was dragged out he screamed ‘WHY ARE THERE NO GINGER BALLS IN POOL YOU RACISTS?’. A deeply troubled young man.

Here’s the first-half, in a nut-shell:

As the half went on we started to get a bit tired and gave away a lot of silly fouls for kicking out and tripping their players instead of tracking them.

We were soon punished for this as one of their players (I’ve been told it was their ‘keeper which is annoying as he came across as a prize bell-end) launched one forward from near the halfway line. It caught the wind and eluded everyone, bounced just inside the area and looped over Taylor and straight into the goal.

A bit of an annoying way to concede but to be honest it had been coming. The rest of the half was pretty uneventful and we went in 1-0 down.

After receiving a “bit of a rocket” from the gaffer at the interval, Cuckfield came out all guns blazing for the second half.

I can’t remember a lot of what happened to be honest. It was pretty scrappy. We played a bit of football for 10-15 mins again without making an impact then got tired and eventually seemingly gave up.

Then came the big push for the final ten:

The last 10 minutes were a bit of a shambles with no fight, no tracking, no marking and no regard for the scoreline. I’m not sure if it finished 4 or 5-0 but the lesson is to keep going until the end.

Time for post-match lamentations from Dutson:

This may seem like a crazy theory but it’s a lot easier to perform individually and as a team for a full 90 minutes if you train together regularly.

We had eight (turn up) last Thursday. It’s no coincidence that we flag at the end of games.

To which Burke replies:

Dutson will explain this to everyone at training this Thursday… via FaceTime… from Sri Lanka.

Interestingly, the island was renamed Sri Lanka, meaning “resplendent island” in Sanskrit, in 1972, before which it was known by a variety of names and the island was often simply called Lanka.

And I think we all agree, without a hint of jealousy, that Dutson is a proper Lanka.

Before signing off with a special mention for Ditchling’s travelling support:

Every village has an idiot. Apparently Ditchling has five and they all came to the game Saturday.

Don’t know about you lot but we love this kind of thing here at Pies. If only all match report were so honest and in-depth.

Saturday/Sunday League football in all its ragged, unmistakeably British glory.

(Many thanks to Spirit of Mirko for the spot)