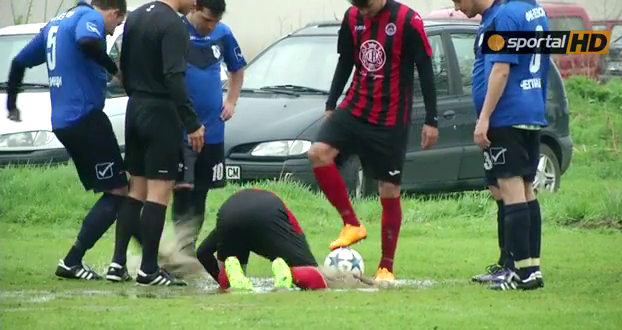 The following sequence of events emanated from the recent Bulgarian fourth-tier encounter between Lokomotiv Sofia and Levski Chepintsi, during which a water-logged penalty spot caused wonderfully childish scenes to break out.

After winning a penalty, one Lokomotiv player did his level best to remove the large puddle that had engulfed the spot, even getting down on his hands and knees in an attempt to sweep the standing water away.

At this point, a mischievous Levski player sneaked up and kicked a bit of water at his opponent.

To be honest, you can probably guess what happened after that…