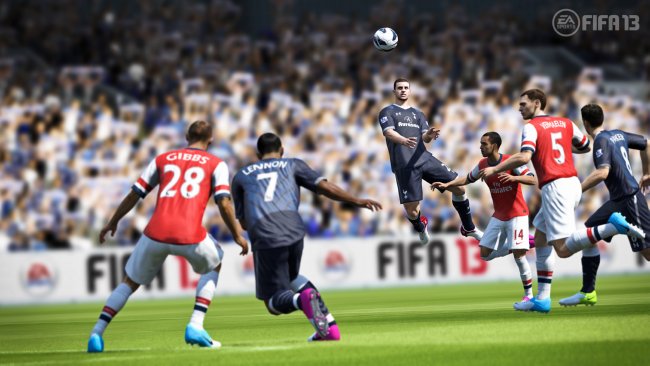 The likes of EA Sports spend vast amounts of their time trying to make their wares as realistic as possible, but the latest leaked feature for FIFA 13 may just be a painstakingly realistic step too far – being as though the game’s new ‘Club Match Day’ widget will feed real-world news, ripped from the actual headlines, into the game itself.

For example: If a player suffers a nasty injury in real life, he will also be out of action in FIFA 13. Same goes for suspensions and team form, while media gossip will be reflected through in-game commentary and played out in-game. A certain ne’er-do-well striker accidentally burns a Salvation Army centre down with a can of Lynx and a cigarette lighter? You’ll have Martin Tyler and Alan Smith chatting about it during your matches.

Player form will also change frequently, so players who are on song and, likewise, players who are struggling to put one foot in front of the other, will see their stats change throughout the season based on their real-world performance – which sounds like it could get thoroughly annoying, especially for fans of teams who’s players never actually seem to hit their stride at all *cough cough Forest cough cough*.