In their relentless pursuit of flawless realism, the bods behind life-sappingly addictive manager sim Football Manager 14 have actually gone as far as including One Direction’s Louis Tomlinson as a buyable/sellable/playable player in the game after the boyband ‘star’ signed a one-year, non-contract deal with Doncaster Rovers last season.

Tomlinson is deployable as a right-back, though we can’t imagine he’ll be troubling anybody’s first team – just look at his stats for Christ’s sake… 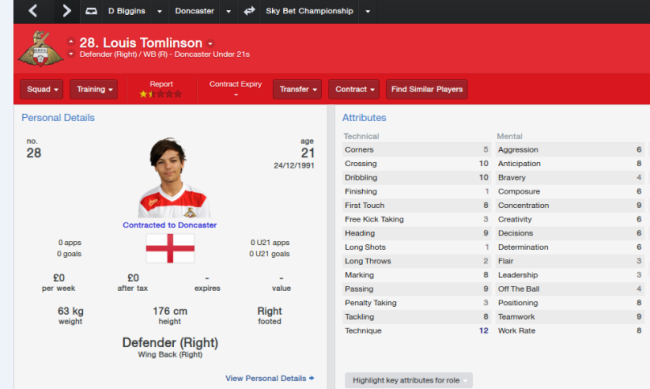 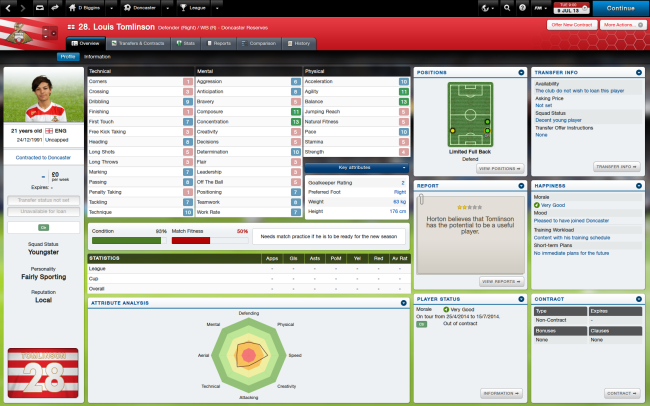 Yeesh. FM14 don’t care who’s feelings they hurt! Here’s hoping their offices aren’t stormed by seething, murderous One Direction fans demanding that their Louis’ ‘determination’ stat is boosted up to a more reasonable ’12’.

We can’t help but feel that his big bad ‘4’ for bravery may have something to do with the time Tomlinson spent the rest of the day vomiting after being playfully crunched by Gabby Agbonlahor in a charity game not so very long ago.