We’ve all been there, suffering at the hands of an interminable video game. The rage. The despair. The absolute f**king bullshit on toast.

That was the exact gamut of emotions experienced by FIFA 15 fan Mario Thiessen, who recently descended into a fit of blind fury after botching a dramatic 90th-minute penalty while playing as Bayern Munich. 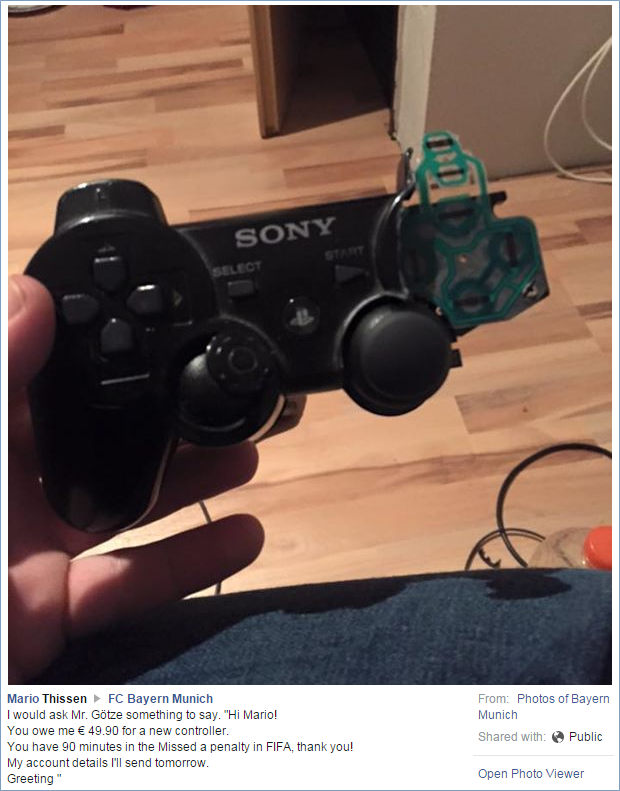 Indeed, the actual Mario Gotze caught wind of his namesake’s moaning and duly took pity on the young urchin, replying to the message and even agreeing to replace his smashed controller with a brand new one as a gesture of goodwill…

To miss a penalty in the 90th minute is a bitter moment. That makes you very frustrated and I can understand that. What happened to [Bayern’s regular penalty-taker] Thomas Muller?

Do not simply throw your gamepad in the corner—that cannot do! I’ll order a small package (a small surprise) for you. Next time, I’ll do it for real. I promise!

All the best, Mario!

Anybody thinking about chucking their television out of the window and asking Gotze for a shiny new one, now’s the time.