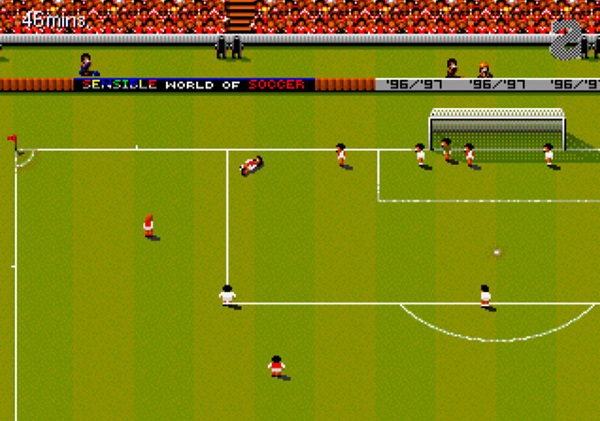 Sensible World Of Soccer in all its 32-bit glory

The man behind both Sensible Soccer and Sensible World of Soccer (SWOS) is currently in the process of revamping the iconic 1990s football gaming franchise with a brand new instalment.

Sensi designer Jon Hare (who also wrote SWOS theme tune ‘Goal Scoring Superstar Hero’) is reviving his magnum opus under a new name, Sociable Soccer, which he is calling the “spiritual successor” to his original games.

Hare has launched a Kickstarter campaign to help make his project a reality and is currently £17,510 towards his total funding goal of £300,000.

While Sociable Soccer will retain the retro top-down aesthetic of Sensi and SWOS, Hare is not treating it as a simple exercise in nostalgia.

In fact, it is very much intended as a contemporary equivalent to the likes of FIFA and PES, what with it being slated for release on PC, Xbox One and Playstation 4 next year.

As well as 500 national and club teams, players will also be able to create their own avatar, join “clans” and take part in online multiplayer games.

“Sociable Soccer will be crafted with the same meticulous attention to detail as the very finest Sensible Software titles, to deliver a peerless gameplay experience across all platforms,” claims the Kickstarter pitch.

As long as it all starts with this song, then we’re fully on board…