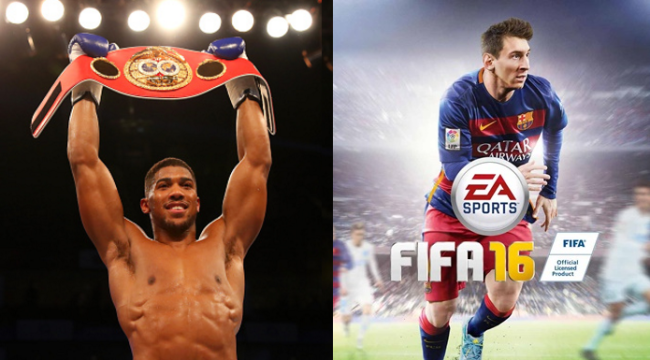 He may have taken just 292 seconds for him to become the IBF world heavyweight champion on Saturday night, but Anthony Joshua has revealed that a full-on addiction to FIFA 16 very nearly disrupted his entire boxing career.

Joshua, 26, was forced to give up playing FIFA entirely before his title fight against Charles Martin at the O2 Arena in London as his marathon gaming sessions were effecting his sleeping patterns and, ergo, his intensive pre-bout training regime.

“I used to play FIFA until it affected my boxing,” Joshua told The Sun.

“I had to stop playing because it affected my sleep and recovery.

“I could stay up till five in the morning playing it, get up at seven and train.

Frankly, it’s a good job Joshua came to that decision of his own free will. After all, would you want to be the poor sap forced to tell him to give up his console? The man’s a bloody monolith.