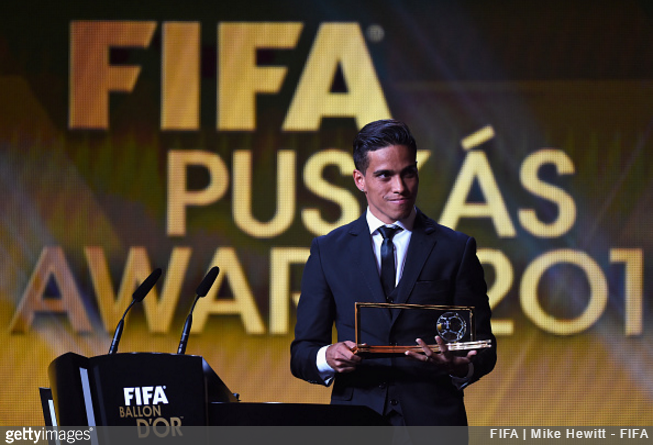 The Brazilian striker won the FIFA 2015 Puskas Award (i.e, the most beautiful goal of the year) for the absolutely stupendous overhead kick he scored against Atletico-GO while playing for Goianesia.

However, just six months after winning that trophy in Zurich, Lira has announced his shock retirement from professional football at the age of just 27.

The striker had been playing for Vila Nova but was released in early May having failed to score a single goal since joining.

However, after revealing that injuries have got the best of him, Lira has his sights set on a post-football career that is altogether less physically demanding.

Indeed, he’s planning to move into the world of eSports – i.e, playing computer games on a professional basis.

“My dream is to become FIFA world champion,” he told Globo Esporte.

Here’s wishing him all the luck in the world, and thumbs of purest steel.