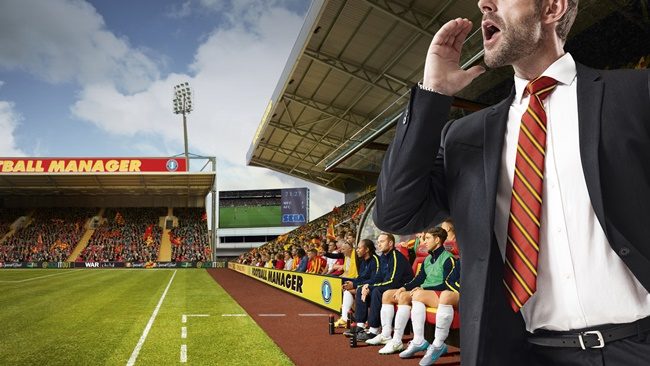 Back in the early 1990s, EA Sports were approached by the creators of the ‘Football Manager’ series and asked if they had any interest in developing the game they had designed in their bedroom.

Brothers Paul and Oliver Collyer were hoping to publish their simple football management simulator game called ‘European Champions’, but EA passed on the basis that there was no way on Earth they’d be able to successfully flog a sports game that featured no “live action” .

Unfortunately for EA, after a bit of tinkering ‘European Champions’ soon morphed first into the popular ‘Championship Manager’ franchise and then, latterly, into the multi-million selling, life-dominating phenomenon that is Football Manager.

On display in the National Football Museum is the very rejection letter the Collyer brothers received from EA in 1991, which includes a hand-written note warning that the demo disks they’d sent in were actually infected by a virus… 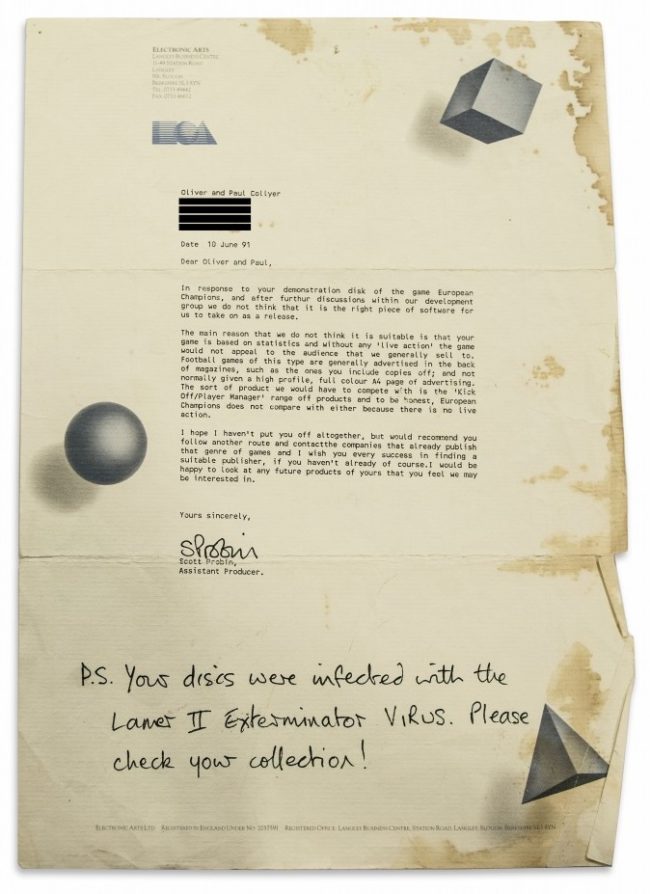 Skip forward a year and Championship Manager was taken up by Eidos, who went on to sell 6 million copies of the game as it quickly became the most popular football management sim of the late 90s and early 2000s.

The Collyers’ development company, Sports Interactive, then severed ties with Eidos, taking their game engine and database and partnering up with Sega, who launched the first instalment of the newly re-branded Football Manager series in 2004.

The rest, as they say, was bloody lucrative for all concerned.

As for EA Sport, they were forced to scrape by on the meagre returns they continue to recoup from their piddly little FIFA games.

Hindsight can be a cruel so-and-so sometimes.