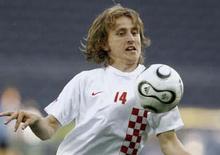 4. Team-mates Peter Ndlovu, Dean Windass, Phil Thompson, Chris Kamara and Steve Bruce have all played for which club?
5. The fixture Name the two teams below: 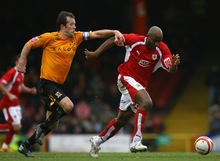 6. Who am I? I was born in 1948. I support Sheffield United. I used to run a chiropody practice. I am a qualified referee. I have won promotion as a manager on six separate occasions.
Answers after the click…

Answers:
1. Career path Trevor Sinclair
2. Multiple choice c) Littlewood’s
3. Picture round Luka Modric
4. Team-mates Sheffield United
5. The fixture Bristol City (red/white) vs Hull City (amber/black)
6. Who am I? Neil Warnock
How did you get on this week?