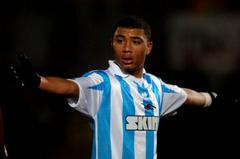 4. Team-mates How many Juventus players feature in Euro 2008 squads (including those from teams already eliminated)? And a bonus point for naming them all.
5. The fixture Name the two international teams below… 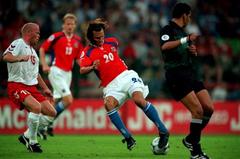 6. Who am I? I was born in 1973. I almost signed for Arsenal in 2003 but had a falling-out with Arsene Wenger. I signed for Barcelona instead. In 2003, FIFA named me as the best goalkeeper in the world.