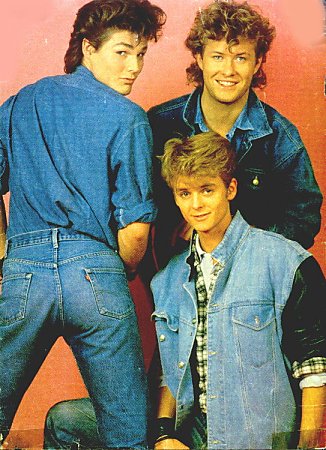 “Are you sure this pose doesn’t look gay?”
Quote of the day comes from A-Ha hearthrob Morten Harket, who revealed in an interview with Sky News that the band supports… drum roll… Stoke City!
“When were kids Stoke was massive in Norway,” Morten explained. “We can give you the 1975 line-up, but I’m not sure we could give you today’s line-up.”
So you could never accuse Morten, Mags and Pal of being plastic fans – although I hope they’re at least aware of Rory Delap and his massive throw-ins.