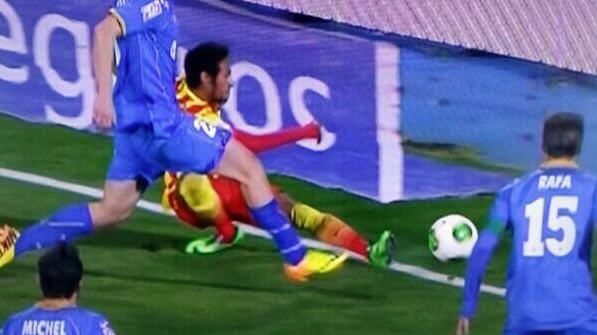 There were serious concerns last night that Neymar’s World Cup may have been in jeopardy when the featherweight Brazilian went one way and his ankle went the other when he fell on it awkwardly during the opening stages of Barcelona’s Copa Del Rey game against Getafe.

To be fair, it didn’t look good…

Thankfully, Barcelona were able to confirm that Neymar ‘only’ sprained the peroneal tendon in his right ankle and is therefore expected to be back in action in around three weeks – pending further tests on the joint today.