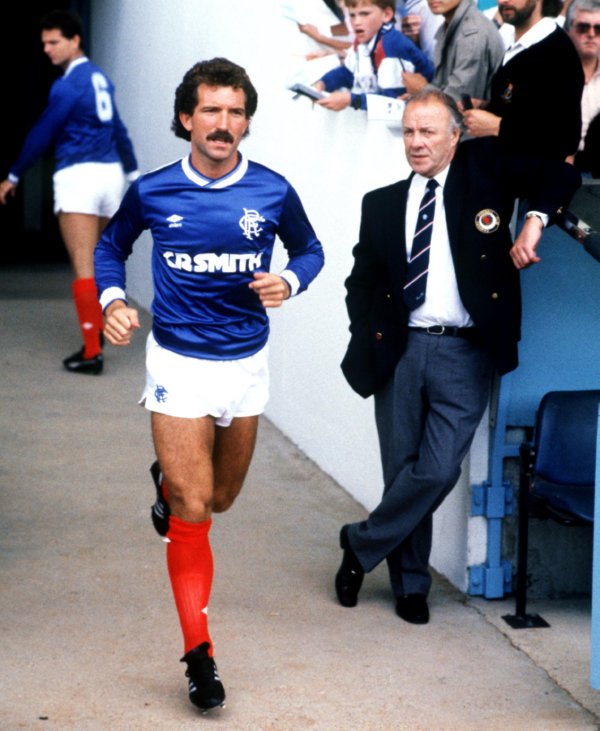 This very morn, the brilliant Adam Hurrey (or @FootballCliches as he’s perhaps better known) has written a marvellous paean in memory of the legal backpass (RIP 1863-1993) for Guardian Sport, which eulogises the long lost art which was actively outlawed by FIFA in 1993 as a reaction to the turgidly negative passages of defensive play that dogged the 1990 World Cup.

The article kicks off with a glorious example of the art form from Graeme Souness, then of Rangers, which took place in the first round of the European Cup in 1987.

With Rangers 2-1 up on aggregate in the second leg at Ibrox and Dynamo Kiev pressing hard for a late away-goal winner, Souness receives the ball some 15 yards into the Kiev half, turns, assesses his options and decides on playing a truly majestic, ridiculously conservative 65-yard backpass all the way back to ‘keeper Chris Woods…

If ever o’ ever a man, his demeanour and his entire career was to be summed up by a nine-second reel of footage…

We urge you to head over to the Guardian and have a trawl through Adam’s thoroughly excellent piece, which contains several other remarkable, GIF-based examples of the legal backpass from the likes of Vinnie Jones, Lee Dixon and a fleet-footed beauty from Liverpool’s Steve McMahon.