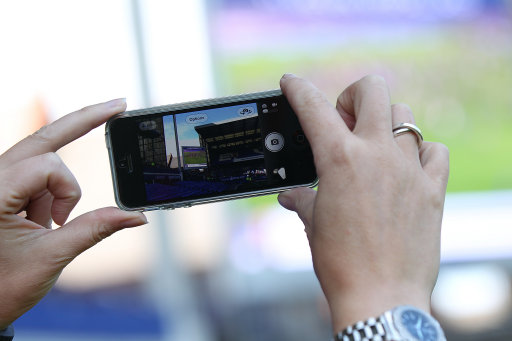 Last season saw a bit of breakthrough in terms of Premier League footage appearing online, with social media-savvy football fans posting grainy Vines and GIFs online filmed directly from their televisions within seconds of the action actually having taken place.

As you can imagine, it was a bit of a boon for sites like Pies, but understandably the Premier League themselves are taking measures ahead of the 2014/15 season to try and stop the illegal practice as they attempt to clamp down on the free distribution of their heavily copyrighted footage.

Speaking to the BBC, the Premier League’s director of communications Dan Johnson said:

“You can understand that fans see something, they can capture it, they can share it, but ultimately it is against the law.

“It’s a breach of copyright and we would discourage fans from doing it, we’re developing technologies like GIF crawlers, Vine crawlers, working with Twitter to look to curtail this kind of activity.”

“I know it sounds as if we’re killjoys but we have to protect our intellectual property.”

Both The Sun and The Times websites have paid a substantial amount of money to show Premier League highlights online and via their subscription-based mobile apps – meaning unlimited access to free Vines and GIFs via Twitter and the like would seriously undermine the money they’ve spent on purloining rights.

When you also consider that the Premier League received an almost inconceivable £3billion from Sky Sports and BT Sport in exchange for the rights to show their games for three seasons the last time a TV deal was hammered out, it’s perfectly understandable that the league should do their utmost to protect their ridiculously lucrative commodity.

We appreciate it’s hard to feel any sympathy for the conglomerates at the top of the food chain, but at least it seems that the Premier League are going about it in the right way: not by threatening enormous law suits against all and sundry like tyrannical overlords, but by attempting to reason with fans and explain their stance.

Not that we imagine for one iota that this warning is going to stop fans from finding some new way to distribute clips and highlights online next season.

The internet finds a way.