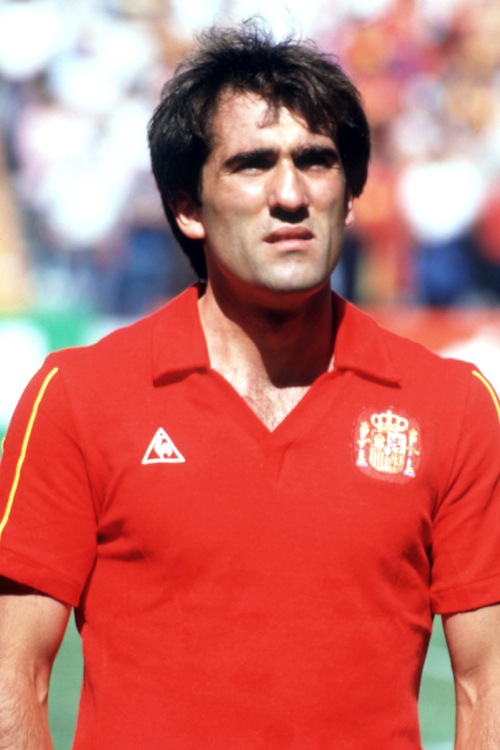 Why so hard? The Butcher of Bilbao earned his nickname for an infamous scything tackle from behind on Diego Maradona, who was playing for Barcelona at the time. The challenge knackered Maradona’s ankle badly and kept him out of action for three months, but Goiko was so proud of it that he kept the offending football boot in a glass case in his living room, so he could say, “That was the boot I used to crock the great Diego!”

Writing in his autobiography, Maradona claimed that he forgave Goikoetxea in time for the “axe’s blow”:

Not long before this foul, the Butcher had injured Bernd Schuster – also playing for Barca at the time – with a bad tackle that f**ked up the German’s right knee so badly that he never recovered fully. Yep, no doubt the Butcher deserves his hardman status.

If you have any nominations for our Hard Men section, feel free to let us know…

“Pretty tasty for a Spanish lad. But if he tried that shite on me, I’d reduce the c**t in nae time. Because that’s what’s going to happen…”