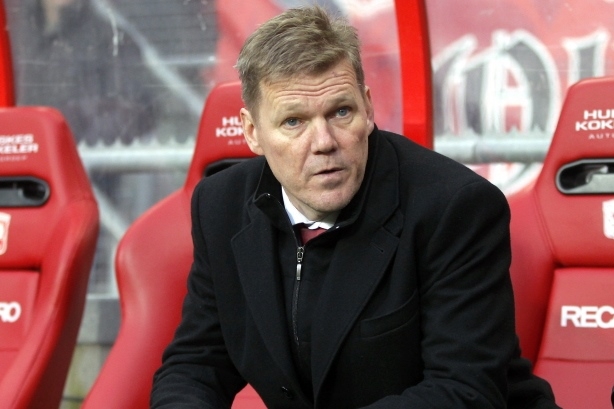 FC Twente manager Michel Jansen was left requiring emergency dentistry after being caught by a swift, solid right hook while celebrating his team’s opening goal against Ajax on Saturday.

The punch came courtesy of his assistant, Youri Mulder, who, according to Reuters, accidentally caught Jansen with a “fist pump” gone awry while leaping up to celebrate after Twente’s Luc Castaignos scored to put the away side 1-0 up after 22 minutes, leaving the head coach facing a hefty orthodontists bill.

The punch dislodged one of Jansen’s front teeth, sending it out of his mouth and into the middle of the technical area.

“Youri got rather excited,” Jansen told reporters, presumably as shards of chipped enamel and flecks of blood spattered all over the mixed zone.