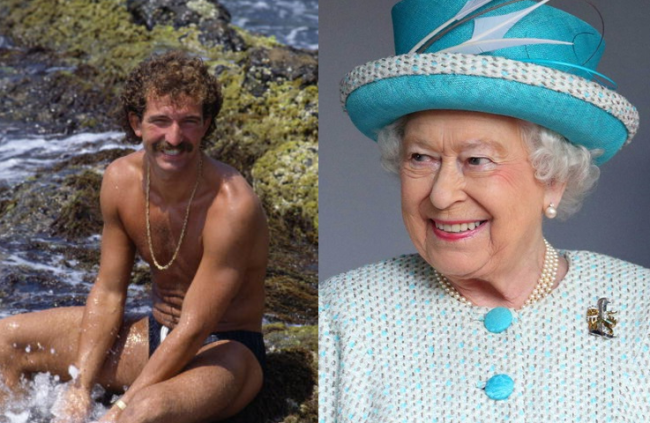 In his current employ as Sky Sports’ resident stone-faced miserablist, you’d be forgiven for thinking Graeme Souness utterly incapable of mirth or brevity.

However, the man has proved he is able to comprehend a world beyond slack zonal marking in a (relatively) light-hearted ‘Who Am I?’ interview with the Daily Mail in which he did his best to show his playful side.

After revealing he has a bronze statue of himself planting the Galatasary flag in the middle of the Fenerbahce pitch in his TV lounge, Souness also let slip that he’s become fond of gardening in middle age.

I like to cut my lawn and if I’m not happy or I’ve a couple of lines not quite straight I’ll go back over them. But I’m not for fancy patterns like in the Premier League. I’m a straight-line man.

Of course he is.

The fun, fun, fun continued when Souness was asked which one person he’d like to go for a drink with, to which he answered thus:

The Queen. I’m a royalist and admire what she represents, though I imagine she’s full of mischief.

I think she’d be a gin and tonic lady and I’d join her, it’s the only spirit I drink. Large slice of lemon in a nice glass with a good gin.

Souey’s a bit sweet on The Queen. Speaking in a similar interview with the Mail back in 2013, he was asked which three famous people he’d invite to his fantasy dinner party.

The Queen, the Queen and the Queen. She’s beyond famous. She’s the most special person that is on this planet.

When you look back in history, the way she’s been our Queen I just think she’s a unique person.

Anyway, Souness wrapped up by singing the praises of the Capital One Cup (it’s almost as good as the FA Cup) and giving his life a solid 9/10 rating.