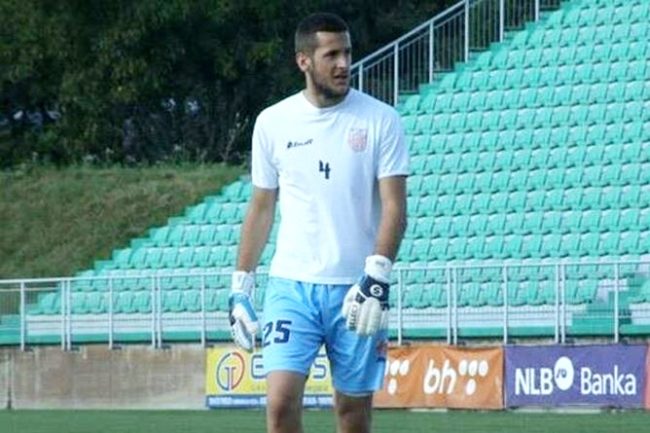 That man there in the slightly blurry, lo-res photo is Bego Hidic and he is the goalkeeper for Bosnian second-tier side NK Slaven Zivinice.

Young Bego also found himself sent off in a recent match against OFK Gradina – not for a foul or for violent conduct, though wayward tackle was most definitely involved.

Hidic used to play for Gradina but only stayed for a year before moving on to Zivinice. He was therefore subjected to an obligatory haranguing from some of the home fans stationed behind his goal when Zivinice came to town over the weekend.

After 45 minutes of non-stop provocation, the 20-year-old stopper had had enough and decided to retaliate.

Here’s how the incident was recorded in the match report of Semso Brzovic, the official match delegate (via Sports Centre)…

No.1, Bego Hidić, sent off in the 45+2nd min for insulting fans near the completion of the half.

Home fans were rude, Hidic showed genitals to the audience.

Having been alerted to the meat and two veg platter on display down at the far end of the pitch, the referee duly issued Hidic with a red card for his troubles.