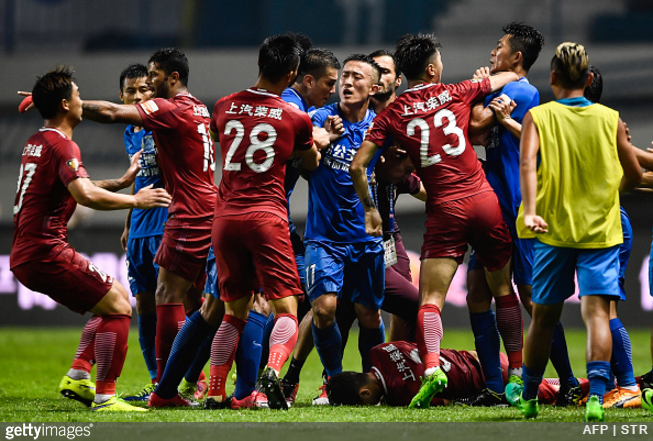 Oscar has been handed a huge suspension for his part in the multi-man scuffle that brought a halt to Shanghau SIPG’s game against Guangzhou on Sunday.

The Chinese Football Association (AFC) have deemed Oscar’s conduct worthy of an EIGHT-game suspension, couple with a fine of 40,000 yuan (around £4,600).

An official statement from the AFC reads thus:

According to the referee’s report, video evidence and a written explanation from the parties involved, when the game reached the 45+2 minute SIPG player Oscar offended opposing players in an immoral manner, leading to a massive brawl which has had a very bad influence on the Chinese Super League’s reputation.

Basically, he made the Super League look daft on television and we can’t have that, now can we…

The resulting ban means that the ex-Chelsea player  will be unavailable for selection until mid-August.

Who’d have thunk little ol’ Oscar would be moving to China as a hard-nosed midfield bad lad?