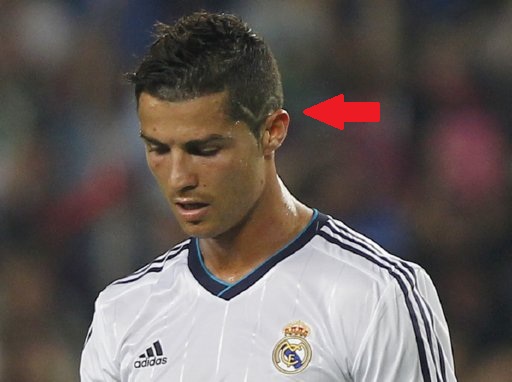 This from Madrid-based brother-barber combo José and Miguel Siero Leal, explaining to MARCA the daring new cut debuted by Cristiano Ronaldo against Barcelona over the weekend:

“Ronaldo told us, as he had on many other occasions, that he was looking for something different. He isn’t at all fussy. There’s a personality behind every haircut. And he needs a strong image. It suits him.

“He’s very ambitious and a perfectionist. We hit on what he was feeling at that time and it was reflected during the match.

“We know him well and we had the idea of shaving a symbol that represents both peace and the calm a warrior experiences after battle. He agreed.”

The keen-eyed amongst you may have spotted that Ronaldo’s ‘symbol of the peace and calm a warrior experiences after battle’ is actually just a wavy line shaved into his hair above the left ear.

Bet he paid through the nose for that short-back-and-sides-deluxe as well. 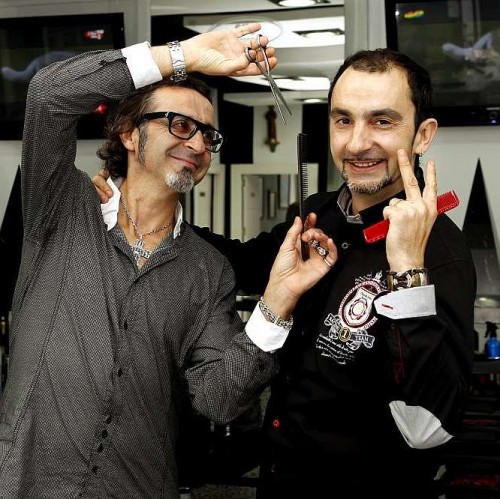 “Si, we very much saw you coming Señor”

(Image: MARCA) Thanks to Pies fan Marc Davies for the nudge.