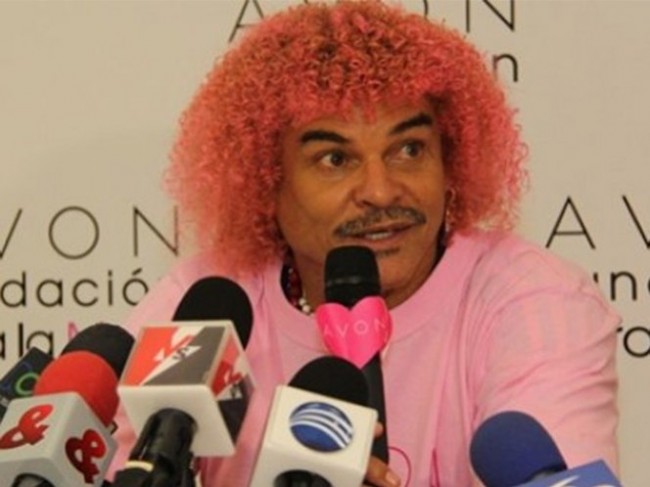 The world is hectic and ever-changing, so it’s nice to know there’s always a few constants to cling on to in times of confusion and disarray; one of those being Carlos Valderrama’s stately and volumous thicket of cascading golden ringlets: the kind of hair men have gone to war over.

Having locked in the look early, “El Pibe” has never diverged from his signature style despite the changing fashions and it presumably being woefully impractical for a professional footballer (rumours did circulate last year that he’s shaven his head, thankfully they proved to be false), and his bouffant crimp continues to sit proudly atop his head – although the ex-Colombian international has tweaked it slightly to coincide with his drive to help raise awareness of breast cancer in his homeland.

On a completely unrelated note; man, we could really go for some candy floss right now.