Upset at the levels of stick his punters were giving the England team after Saturday night’s performance against Italy, Bognor Regis-based taxi driver Kai Ward decided to show his support by having an impressive yet ever-so-slightly terrifying image of Steven Gerrard’s face shaved and dyed into the back of his head. 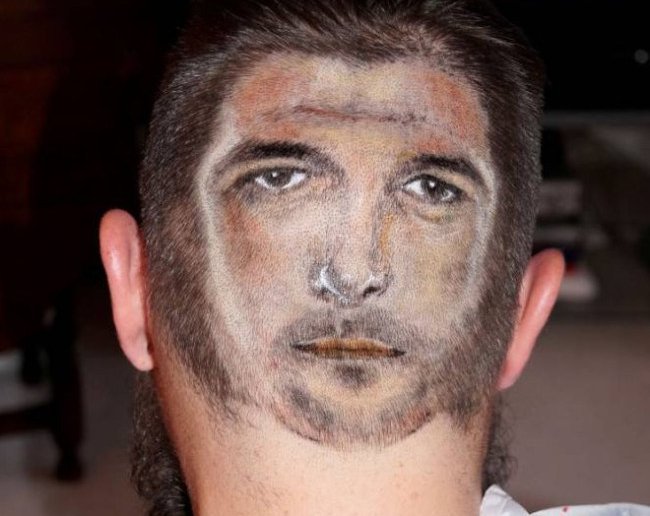 “I’ve had some funny looks from people but it’s worth it if it can give the team a good luck charm,” Kai told the Metro.

Well, we’ve certainly got to give the guy full marks for effort.