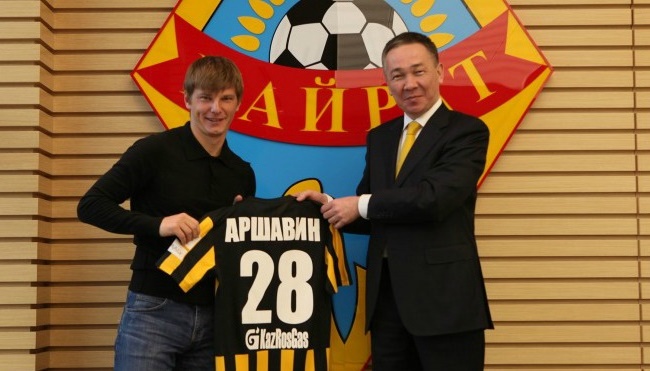 Despite falling off the radar somewhat of late, we’re pleased to inform you that Andrey Arshavin is still plugging away over in the Kazakhstan Premier League with FC Kairat Almaty.

In fact, the 35-year-old Russian forward has enjoyed a fairly decent debut season with Kairat, contributing eight goals in 25 appearances over the course.

As well as keeping Kairat competitive in the upper echelons of the league, Arshavin’s goal tally has also silenced a local journalist who prematurely wrote the ex-Arsenal man off as an expensive flop-to-be at the start of the 2016 campaign.

Eight goals later, the pair met at a shopping centre in Almaty to settle the wager like men of their word.

Safe to say that one was a little happier about the outcome than the other.

There’s an ‘Ar-shaving’ joke in there somewhere but we’re not entirely sure it’s worth the hassle.

The Arshavalanche: 25 Photos Of Andrey Arshavin Being The Coolest Cat On The Planet