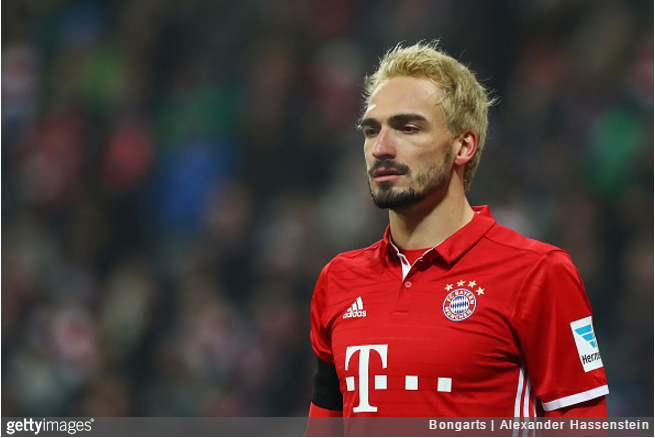 On Wednesday evening, Bayern Munich recorded a straightforward 3-0 win over Bundesliga upstarts RB Leipzig to spirit themselves back to their rightful place on top of the pile.

Other than the result, the game was notable for two reasons: The first being Thiago Alcantara’s masterful pass to Santa and the second being the debut of Mats Hummels’ horrendous new dye-job.

Christ, even Lidl had a dig…

However, it soon transpired that Hummels’ new bleached ‘do wasn’t entirely his own bidding, with the defender later confirming that it was the direct result of a lost wager.

Speaking after the match, the 28-year-old confessed to Abendzeitung:

I lost a bet during the Oktoberfest therefore I had to play a Bundesliga game with blonde hair.

I had to have it for at least one game in 2016, so I thought to myself ‘We’ll just take first place against second place, that way it will get the most attention.’