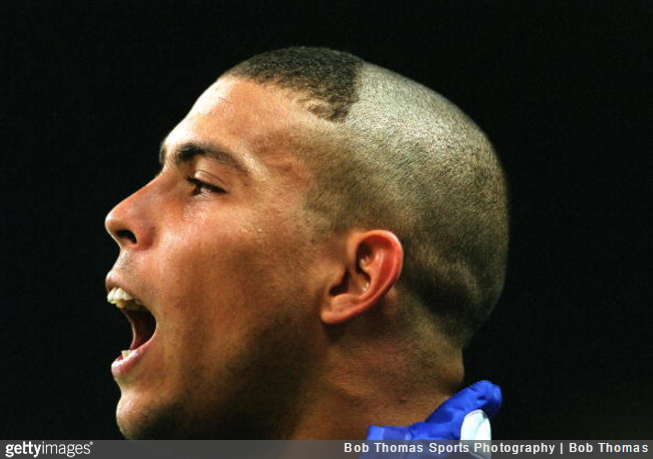 Despite scoring eight goals on his way to winning the darned thing with Brazil, mention ‘Ronaldo at the 2002 World Cup’ and only one thing should pop into the skull of any self-respecting football fan: his ludicrous hair.

The formidable striker adopted a brave new look from the semi-final onward, turning up with a wedge of unshaven hair perched on the prow of his pate – a lunatic fringe if you will.

However, some 15 years on down the line, Ronaldo has revealed that there was a precise, calculated reason for choosing to play the latter stages of a World Cup looking like he was on day release from an asylum.

Everybody was only talking about my injury. When I arrived in training with this haircut everybody stopped talking about the injury.

Funnily enough, we’d heard that Ronaldo altered his hair after the quarter-finals because his young son had spent the match kissing the television screen and shouting “Daddy!” every time Roberto Carlos was on the screen.

Honestly, we prefer the latter anecdote.