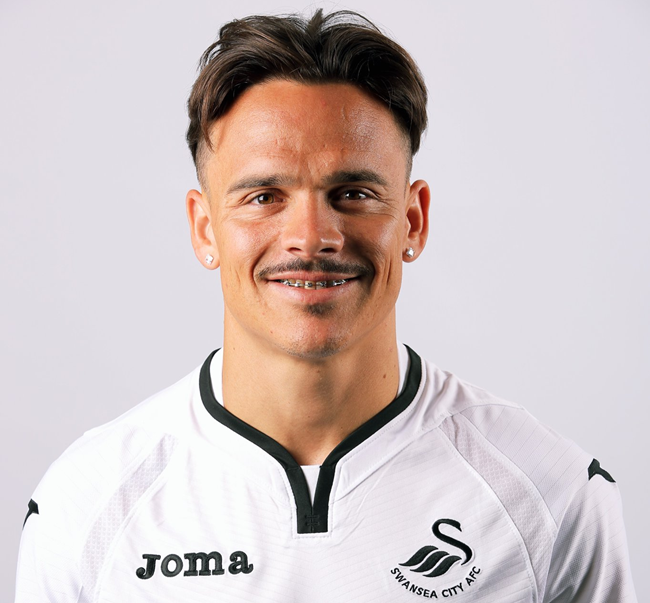 He may have the look of a veteran sicario for a Colombian drug cartel, but the man you see before you is actually Swansea City’s latest summer acquisition.

Roque Mesa is his name, central-midfielding is his game and he last found gainful employ at La Liga side Las Palmas.

An English lesson with a twist… 👀🇪🇸 pic.twitter.com/wc7WsGcnHc

Mesa does, however, at least have an excuse – though it is decidedly flimsy.

After sealing his £11million move to the Liberty Stadium, the 28-year-old explained his appearance to the Swans official website:

It’s a small promise with my wife because I told her I wouldn’t shave my moustache until I get called up by the Spanish national team.

Something tells us he might be waiting a while longer.

And don’t even get us started on the blow-back curtains currently perched atop of his head.