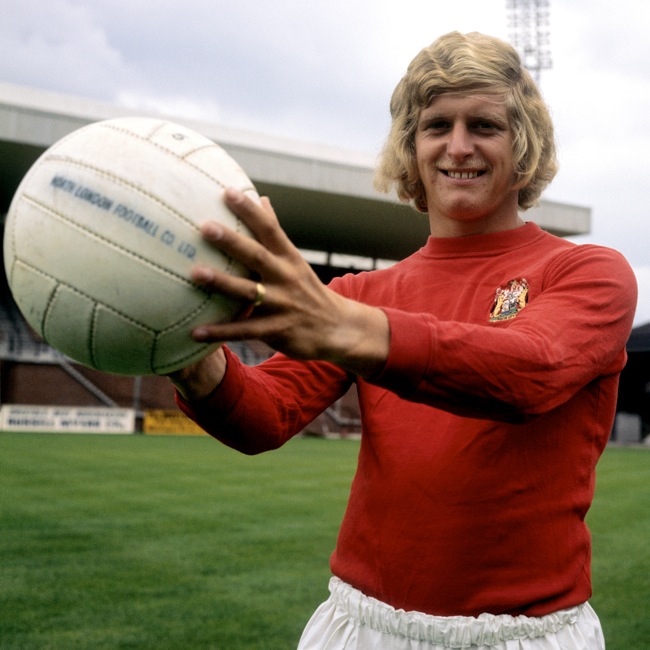 Holding up a football is just a cunning strategy to detract attention from Garland’s enormous and unnecessary combover. When you have enough hair for 11 men, why would you opt for a combover style? Mysterious. I call this the Executive Combover Deluxe.

What happened to Garland, a striker, after he quit football? Nothing good, according to the Bristol Evening Post, which reported in 2008:

“He was one of the Ashton Gate Eight, whose contracts were terminated in the financial crash of 1982.

“After his football career ended, he suffered business failures, bankruptcy, redundancy, marriage break-up, gambling problems, and a brief period of being homeless and sleeping rough.

“Despite having Parkinson’s disease, which some medical experts believe may have been caused by heading heavy leather footballs, the former Bristol City star says: ‘I’m more contented now than I’ve ever been.'”