The photo below, taken in March 2008, shows clearly that Mark Clattenburg used to have a bit of a bald patch, or what I like to call an ‘enlarged crown’: 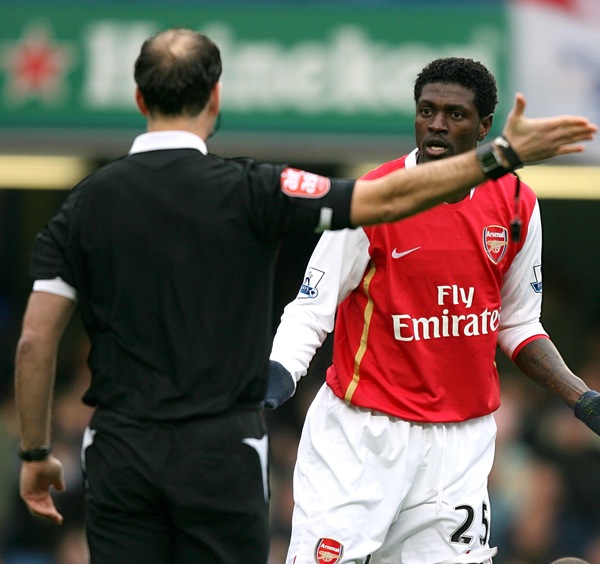 In fact, if you look closely you can see Emmanuel Adebayor saying as much: “Ref, your hair looks shit, innit – seriously, get it cut, you look like some sort of clown.”

Whereas this photo, taken in September 2009, show Clatters has magically transformed into the “after” side of a miracle “before and after” baldness cure ad: 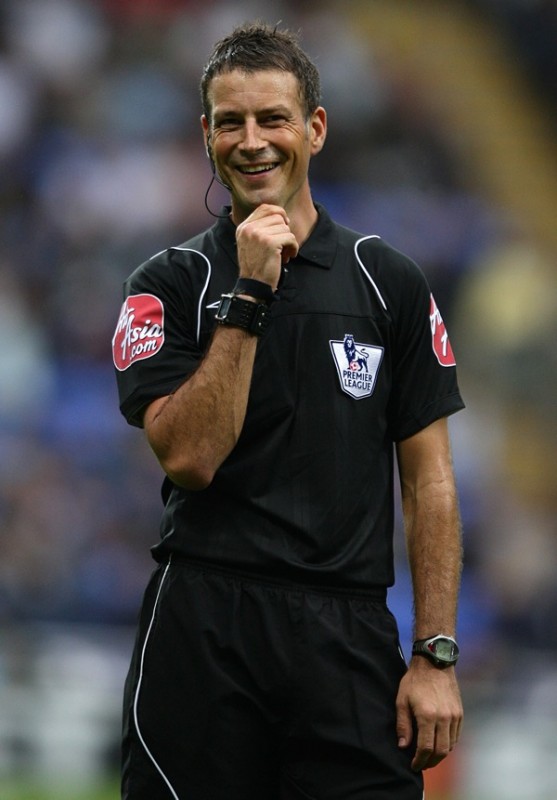 Look how freaking happy and confident he looks now! OK, you can’t see the back of his head, but trust me, his enlarged crown is history. This side angle shows he even has a tuft now – the sort of tuft sported by non-league footballers who think they’re in boy bands: 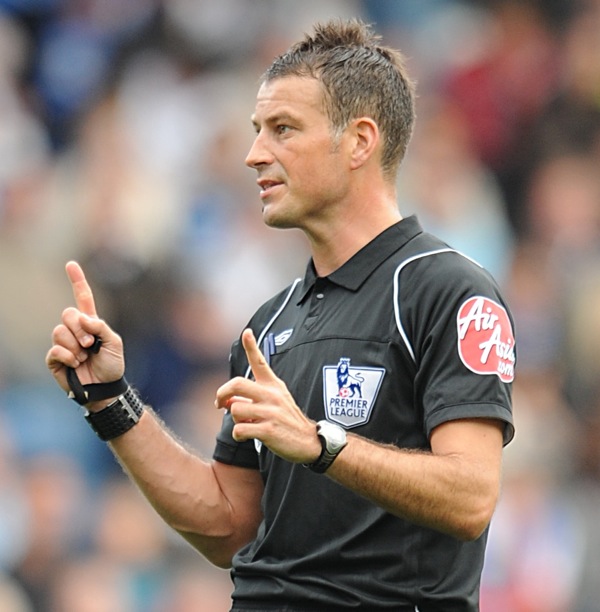 A tuft! I dream of the days when I could muster a tuft.