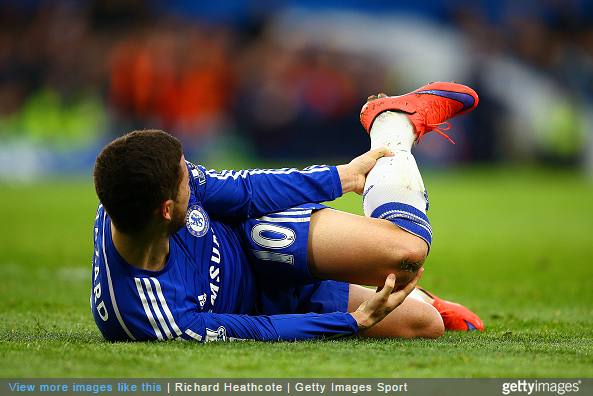 Footballers indulging in the popular modern pastime of feigning injury may soon be staring down the barrel of a three-match ban thanks to a new FA crack down on play-acting.

“A raft of rule changes agreed by the FA this summer included its first foray into stamping out simulation from the English game.

“At present, the new rule is limited to punishing players who get an opponent sent off by pretending to be hurt, and not those who dive to win free-kicks or penalties.”

The upshot is that for a player to actually be banned for feigning injury, the red card shown to his opponent for violent conduct would first have to be rescinded.

“If footage used to overturn the decision also demonstrates the apparent victim had deliberately sought to deceive the match officials, he or she will face a three-match ban.

“Other incidents missed by officials also face being dealt with by a three-strong panel of former referees throughout the professional game after the FA decided to roll out the system nationally.”

Of course, the disciplinary process will prove largely ineffective and almost impossible to enforce, but at least it’s a start – at least they’re acknowledging there’s a problem to be addressed.

Thank Christ for that.