Sahr Kabba has become the first player to be charged by the FA under their new law against feigning injury. 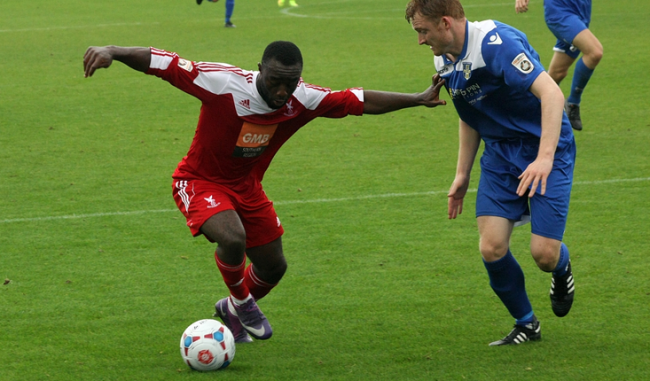 At the weekend, Tranmere defender Ritchie Sutton was sent off for an off-the-ball incident involving Kabba during the two side’s National League game. Sutton and his club appealed the decision, with Tranmere boss Gary Brabin saying:

We looked at the footage and there was no contact made.

After overturning the red card, the FA decided to charge the 26-year-old Kabba for “allegedly exaggerating or feigning an injury which directly led to an opponent being dismissed”.

This is the first time the new rule has been used and Kabba may now face a three-match ban, although he has until Friday evening to appeal. Can’t wait to see this  implemented in the Premier League.