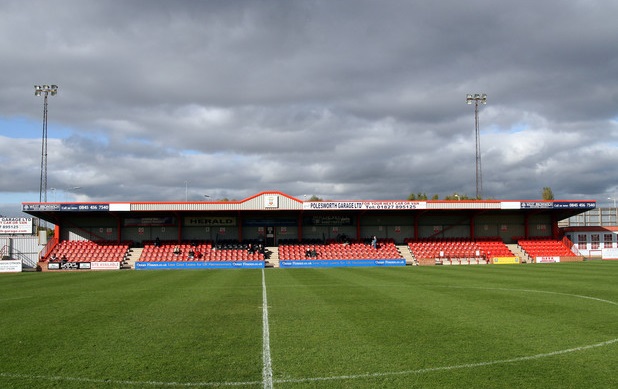 Tamworth FC midfielder Lee Smith was admitted into intensive care after an on-field collision with an opponent left him needing an emergency splenectomy.

Smith came on as a 70th-minute substitute during Tamworth’s 2-0 away win over Gainsborough Trinity in the National League North on Tuesday night, but only last five minutes before accidentally colliding with a Trinity player.

After receiving treatment on the pitch in the aftermath of the clash, Smith was rushed to nearby Lincoln County Hospital where he underwent emergency surgery to remove his spleen.

Lee has had his operation. It was successful, but he is still expected to be in intensive care for the next 24 to 48 hours.

The surgeon was pleased with how the operation went. Lee is in intensive care, but no longer on a ventilator.

He is able to talk with his family, who are by his side.

Sounds like some serious ju-ju. Must’ve been one hell of a coming-together.

Here’s wishing Lee all the best with his recovery.