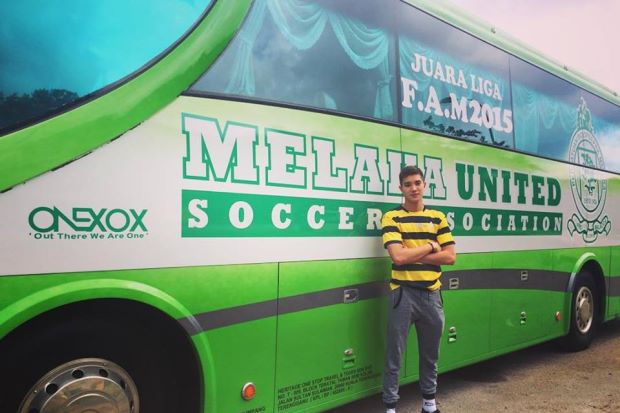 An 18-year-old, Australian-born goalkeeper is currently in intensive care in a Malaysian hospital after being struck by lightning during a training session on Tuesday afternoon.

Stefan Petrovski and his teammate Muhd Afiq Azuan, who both play for top-flight side Malacca United, were hit by a bolt from the blue during the practice session ahead of a Presidents Cup game against Perak on Thursday.

According to ESPN FC, 21-year-old Afiq escaped without injury but the shock was so severe that it knocked Petrovski unconscious there and then, also momentarily stopping his breathing.

He was then rushed to Malacca Hospital where he remains in ‘critical but stable’ condition.

“Stefan received initial treatment at the emergency unit. After that he was transferred to the intensive care unit for further treatment,” confirmed hospital director Datuk Dr. Za’aba Baba on Wednesday.

“His condition is stable and his breathing is supported with a ventilator.”

Petrovski has already been visited by Datuk Seri Idris Haron, president of the Malacca United Football Association, who confirmed that his organisation have provided plane tickets to the young goalie’s parents to travel from Portugal and Australia to visit their son.

“This was a totally unexpected incident because it was not raining heavily at the time,” Idris told reporters.

What are the bloody chances, eh? Here’s wishing Stefan all the best in his recovery.