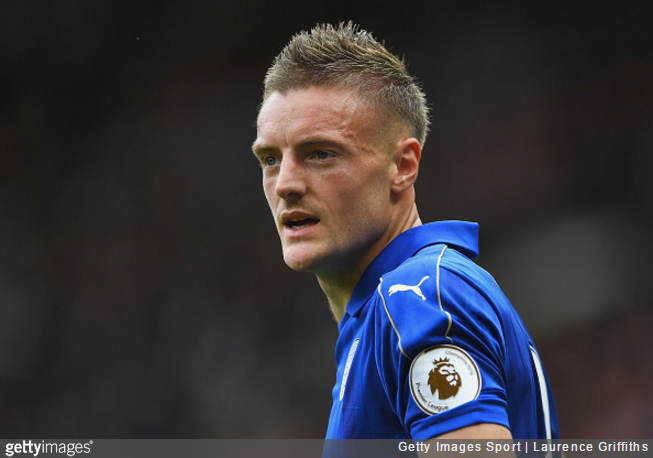 This may come as a shock to some, but Jamie Vardy wasn’t always the erudite pillar of professionalism he is today.

In fact, back during his early days at Leicester City, the young striker plucked from the non-leagues was actually quite slovenly.

As revealed in his new autobiography, Vardy confesses that he used to have problems recovering from injuries.

Indeed, Vardy recalls one such instance when he found himself unable to shake off a pesky dead leg – only to find that the one thing that made him feel alive was the one thing holding him back.

After quizzing the club physio, he was surprised to learn that his penchant for mixing Skittles with vodka of a night might – might – be hampering the rate of his recuperation.

Here’s the pertinent passage, as published in The Sun:

I went nine games without scoring and one of the staff got an insight into the way I was living away from football,’ Vardy explains.

‘I had a three-litre vodka ­bottle at home I would put loads of Skittles sweets in.

‘Once one batch had fully dissolved, I’d top it up with more — only the red or purple sweets because I don’t fancy the orange, green and yellow ones. I must have put a different batch in at least 20 times.

‘After that, you can drink the vodka neat and it tastes just like Skittles. When I was bored at home in the evening I’d pour myself a glass, sit back and enjoy. The vodka was decent but it wasn’t doing much for my dead leg, which didn’t stop bleeding for ages.

‘He pulled me aside one day when nobody else was about. “What are you doing?” Dave asked. “Nothing I wouldn’t ­normally do,” I replied.

‘Then I explained that what I’d normally do was drink Skittle vodka.

‘“Well, that will be why, then,” Dave said, looking a little shocked, before going on to explain the science behind it and how the alcohol was damaging the healing process.

‘I got on a downer because the season wasn’t following the pattern of previous years, when I was used to scoring loads and being the main man. My way of dealing with that was to go and get pissed with my mates in Sheffield.’

Anyway, only amateurs mix vodka with sweets. You haven’t lived until you’ve tried it with a dash of Calpol Six Plus. It’s the most divine of all ambrosia and it also turns the inevitable up-chuck a bright, almost neon orange.

Never say we don’t seek to enlighten here at Pies.