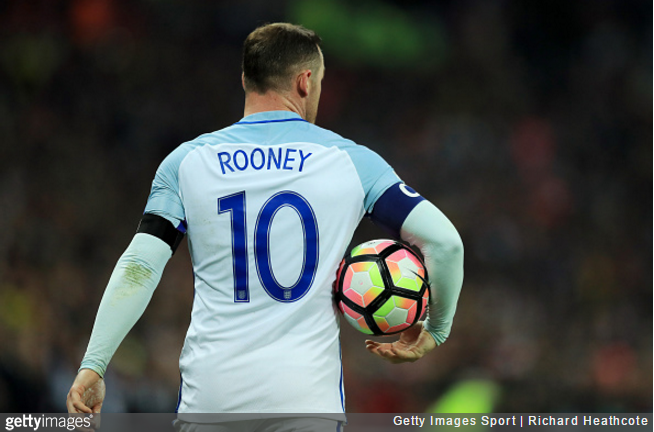 The most convoluted non-story to emerge from the international break has moved into its sixth day by taking an unsurprising turn for the slapstick.

With the national press steadfastly refusing to let it die, the latest from The Sun is that Wayne Rooney is to be stripped of the England captaincy for drinking on his night off – specifically for defying Gareth Southgate’s orders to call it quits .

Rooney had been drinking at the wedding reception when Southgate ordered the captain – along with two members of the backroom staff – to finish up for the night.

According to sources at the Grove [Hotel], Rooney disappeared before returning to the party.

Rooney has already apologised to Southgate for his 5am finish, but Southgate has plans to replace him as captain.

The Times also have a little snippet pertaining to the knee injury that ruled Rooney out of Tuesday night’s friendly against Spain.

Indeed, it would appear that an errant bottle of Lucozade was enough to take the skipper out of action entirely…

It is understood that Rooney banged his knee after tripping over a bottle containing an energy drink in the home changing room.

He has not been blamed for the accident and his conduct in the dressing room is not open to question.

Farce. The whole thing is a total farce.