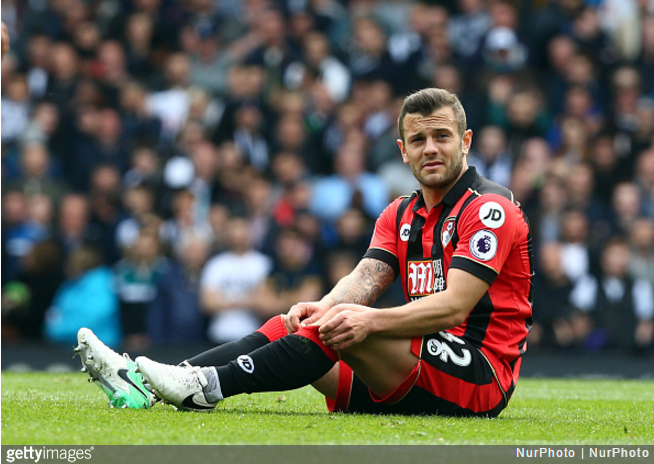 Just when it looked like he was putting a decent run of games together, it’s been confirmed today that Jack Wilshere is set for yet another prolonged period on the sidelines.

Indeed, the Bournemouth midfielder hobbled from the pitch during last Saturday’s defeat against Tottenham, though initial X-rays proved inconclusive.

However, after undergoing a second round of scans, it has since been revealed that the 25-year-old has suffered a fractured in his left fibula – an injury similar to the one that kept him out for the majority of the 2015/16 campaign.

As the Mirror report, the timescale for Wilshere’s recovery has yet to be ascertained, but there are fears he will miss the start of next season.

This latest setback comes at a bad time for Wilshere who was about to begin talks over a new contract with (parent club) Arsenal within the next week.