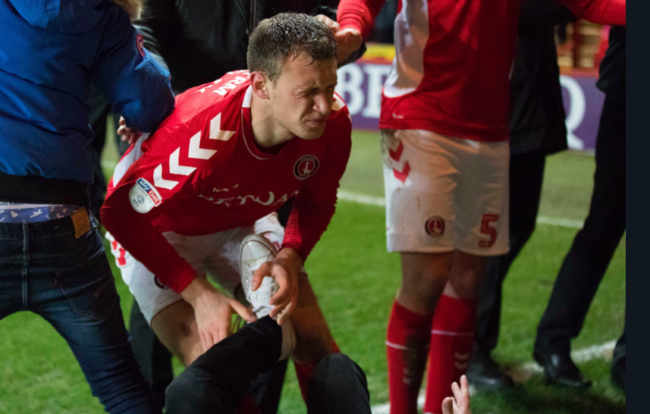 Charlton enjoyed a dramatic last-gasp win over Accrington Stanley at the Valley on Saturday, with Karlan Grant converting from the penalty spot late on to send the home fans wild.

However, in the ensuing celebrations involving players and fans, Addicks’ defender Krystian Bielik found himself on the wrong end of an accidental tackle by one of the home support, who slipped over before catching the Arsenal loanee painfully between the legs. Ouch!

Along with the dramatic finale to the game, both sides had also picked up a red card after a mass brawl late on which saw Stanley goalkeeper Jonny Maxted and Charlton striker Lyle Taylor sent off.

The win sees Charlton just three points off an automatic promotion place, with Accrington Stanley back in 14th.

Let’s hope Bielik is okay too!