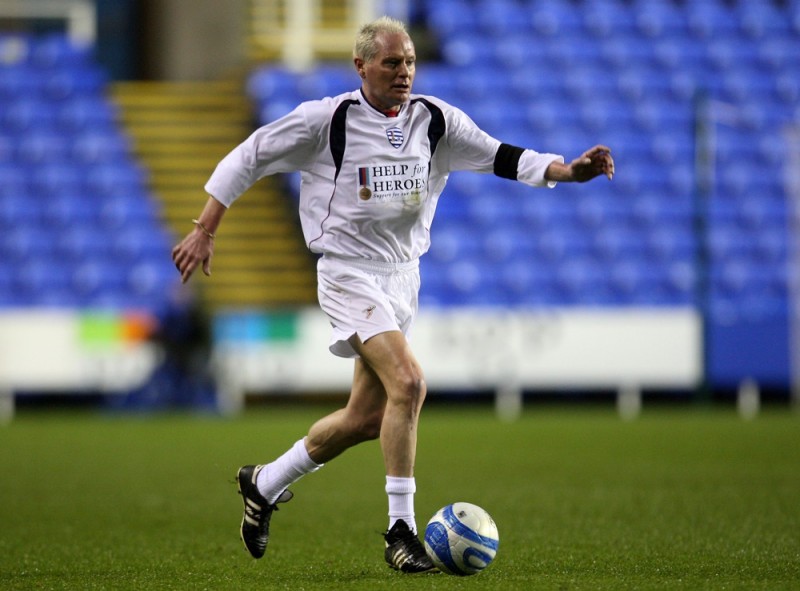 Recognise this sprightly playmaker, in acres of space with the ball glued to his right boot? Why, it’s Paul ‘Gazza’ Gascoigne, back in action for an England XI in a charity match against Lothar Matthaus’s Rest of the World side.

England’s current crop of midfielders are clearly a bit crap, so I suggest Fabio Capello looks to experience. My England midfield for the World Cup would be:

Looks awesome, no? Young Becks and Captain Marvel could do all the running for Gazza, who could spray it around with maverick ease. We could also get Barnes to rap on a World in Motion 2. Perfect. 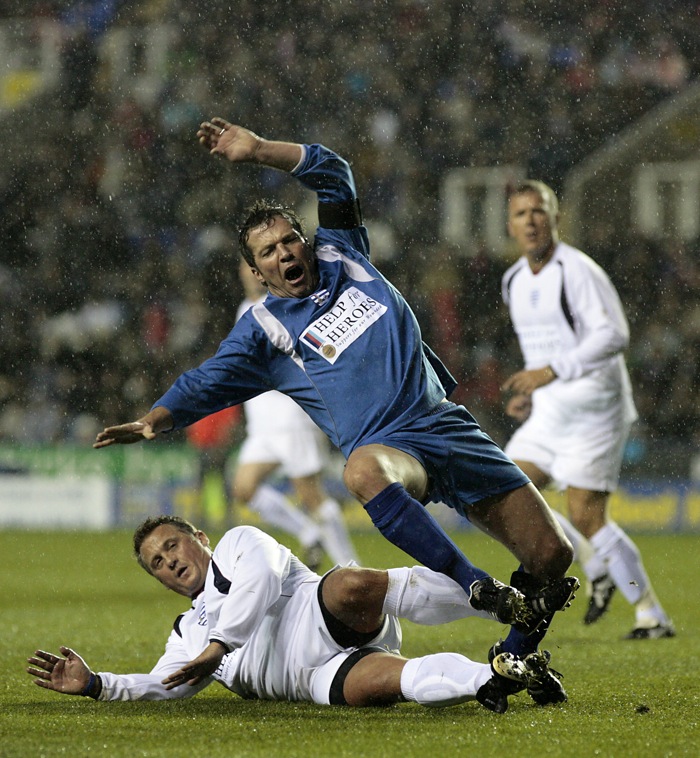