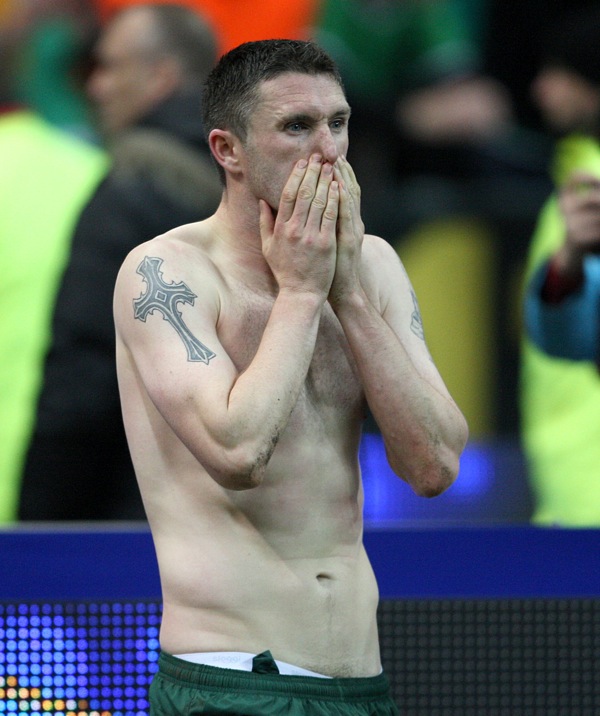 Robbie Keane has never been afraid to speak his mind. On the pitch, off the pitch – he’s a very mouthy fella, by nature. So it’s no surprise that he has spoken out strongly about last night’s exit at the hands – literally – of the French. He told the BBC:

“They’re all probably clapping hands, [Michel] Platini sitting up there on the phone to Sepp Blatter, probably texting each other, delighted with the result.”

And on the Thierry Henry handball:

“He [Henry] nearly caught it, so it’s a bit of a killer. When you see the reaction of the players, Shay [Given] especially, he’s two yards away from it. You don’t get a reaction like that if he’s not sure it’s a handball. He almost caught it and ran into the net with it.”

And on FIFA being a bunch of manipulative eejuts:

“Germany had a chance of being in the [play-offs] as well. With two massive countries there’s no way in a million years is there going to be fair draw.”

Good old Keano, telling it like it is. Be interesting to see if the authorities turn a blind eye to his comments.