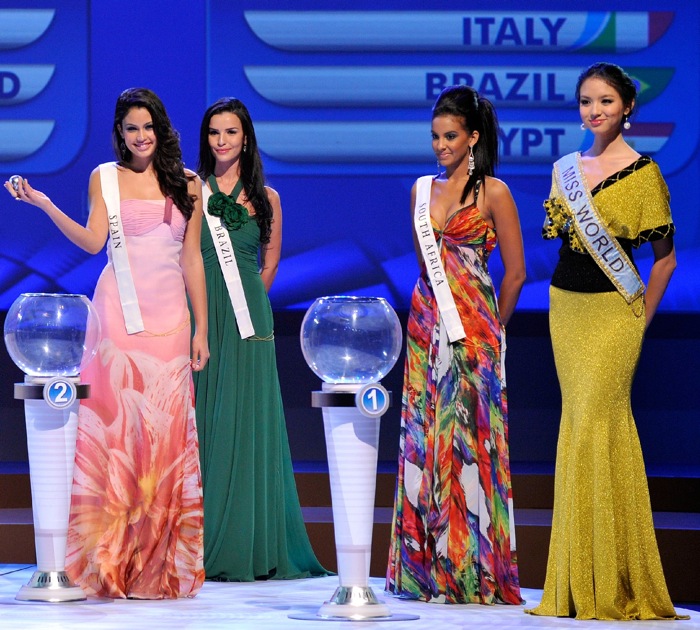 With the World Cup draw only a couple of weeks away (4th December), and all 32 teams now qualified, Pies thought it would be interesting to imagine how the draw might work out for F-Cap’s England.

Goal.com has drawn up a list of the possible four seeding sections, which they think will look something like this:

Just typing out that list has got me excited. Anyway, assuming the pots are divided up in this way, what’s the worst possible draw England could get?

May I suggest this Group of Death:

Ouch, that would be horribly difficult, for all teams concerned – a bit like at the 2006 World Cup, when the draw threw up not one, but two Groups of Death: Italy, Ghana, Czech Republic, USA / Netherlands, Argentina, Ivory Coast, Serbia & Montenegro

At the other end of the scale, what’s the easiest, peasiest group Capello’s boys could find themself in?

Yes yeeees yeeeeeeees – that looks a hell of a lot more friendly.

What do you think is the worst/best draw for England?