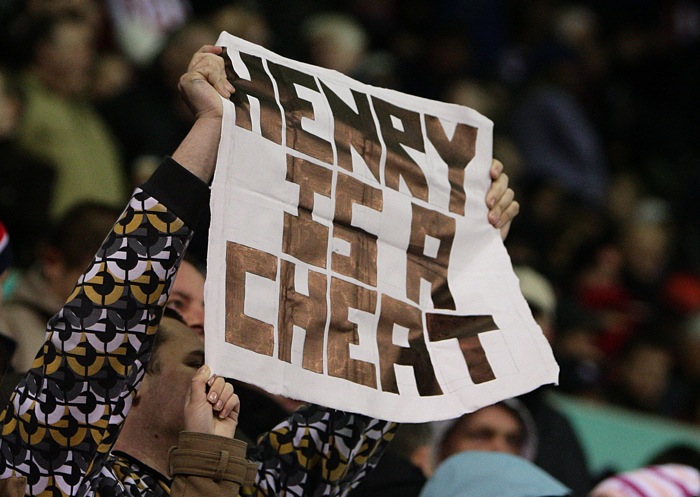 Thierry Henry has admitted he thought about retiring from international football in the wake of Handballgate.

“Friday, when it all went too far, I was very worked up… It’s not the first time (that I thought about retiring). After the 2006 World Cup, I thought about it, but it was too early. After Euro 2008, too, but it wasn’t the right moment. There was a generation that needed me.

“Despite everything that has just happened and the fact that I felt let down, I will not let my country down.”

Henry also said he regretted the way he had celebrated William Gallas’s decisive goal in Paris:

“I shouldn’t have done that but, frankly, it was uncontrollable, after all we had been through.

“It was only after I issued my statement that the people from the French Federation got in touch.”

Slightly hollow words from Henry there. Something about accepting the consequences of your own actions comes instantly to mind. Anyway, that’s more than enough on this topic, but I found these quotes interesting enough to share them. To paraphrase Terry, there was a generation of Pies readers that needed me. Ahem.