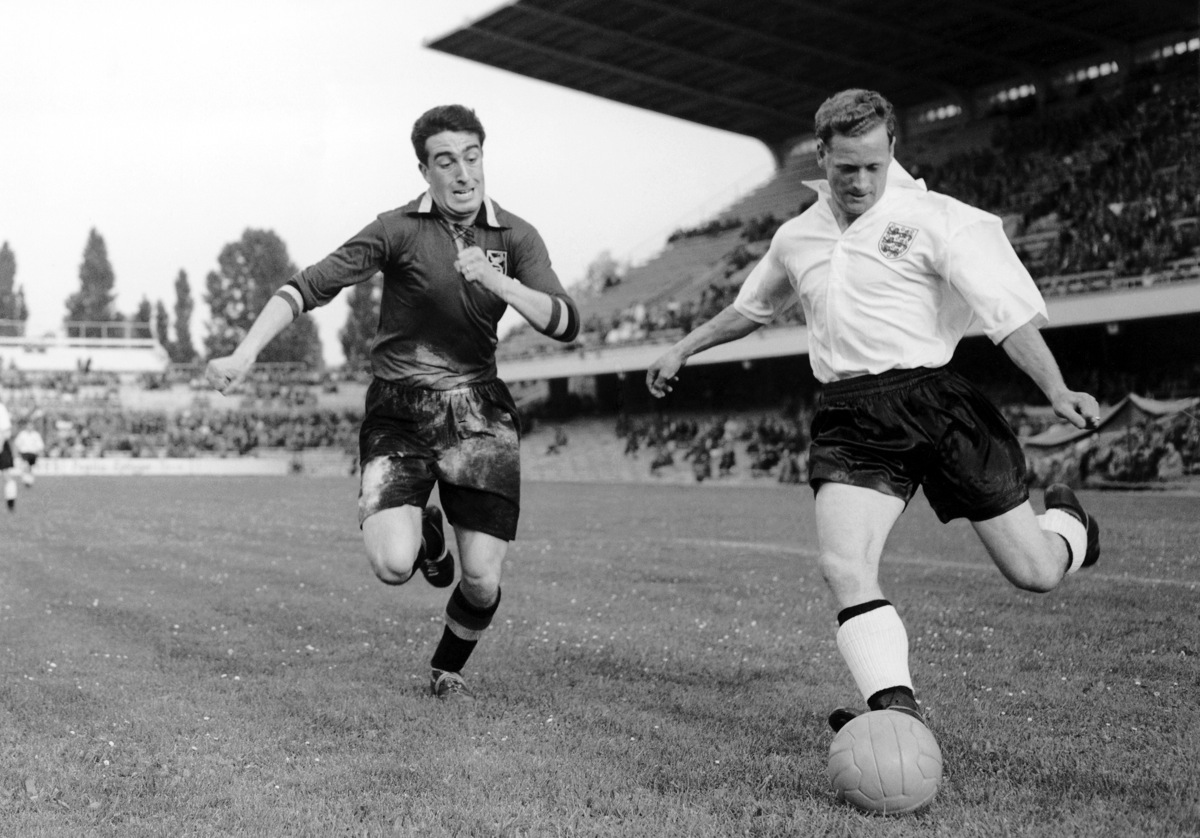 The match in Basel was a thriller and ended 4-4, as a Jimmy Dickinson own goal in the 94th minute robbed the English of the win. England still topped their pool thanks to a 2-0 win over the hosts – but they were then knocked out by Uruguay in the quarter finals.

I love this picture. It puts you out there on the pitch – you can feel the Belgian’s desperation as he tries to scramble back and tackle Finney. The composed look on Finney’s face is also priceless – a master at work, totally sure in his every step; England has not produced many better players than the Preston Plumber.