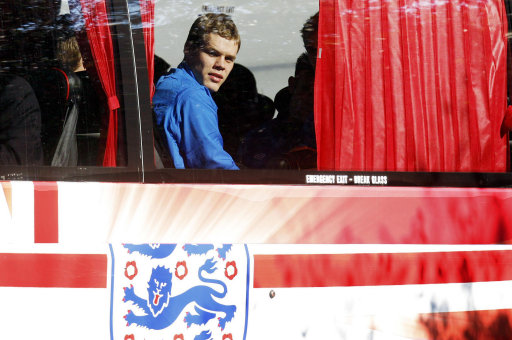 So, no Rio – though absolutely no-one expected him to be there in the first place, especially anybody who was on the London Underground’s Jubilee Line last night.

As for the surprise inclusions, Ryan Shawcross is in as a direct replacement for John Terry and Fraser Forster is in, as well as impressing for Celtic for a season or so, largely by virtue of not being Rob Green or Ben Foster.

Good to see Aaron Lennon back in there as well for the first time since South Africa. Hopefully he’ll squeeze into the first XI ahead of James ‘Sweaty Chugger’ Milner and his functional-to-a-fault charms.